So in the midst of trying to get back to running I had booked a couple of weeks abroad with my partner-in-crime for a well earned mix of sun, chill and training. I had intended to be running around like a boss covering huge distances but that obviously wasn’t going to be the order of the day. What ensued instead was a fierce re-introduction to cycling (doubling my 2015 total distance in the first couple of days), some hardcore resting and an easy bit of running.

We opted to stay with the Tri Training Harder family, as we know that the whole package going on out there is awesome, and we’d be able to do as much or as little as we wanted.

It was a little nerve-racking as I am a little afraid of getting injured again, and started to get a little shin soreness as I upped the volume, but a check-in with the in-house physio and her magic wand, Laura, put some of my worries to rest and highlighted some things to work on and wake the legs up from their hibernation.

It felt great to get moving properly again, and although I didn’t do that much running, we still got some nice trails runs along the Via Algarviana, a route I am falling in love with, and a track session where I was pleasantly surprised to not feel that slow….all things considered. 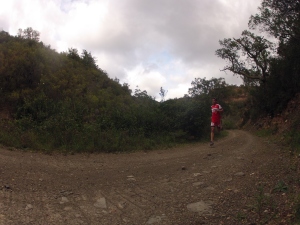 Turns out cycling is actually quite fun, who’d have known? It was a great way to keep the legs ticking over and work the engine. As I’m strictly a fair-weather cyclist this can cause problems in the UK but we were treated to pretty good weather most of the time. I did spent the fortnight drafting the better-half and still being dropped on the hills, but there were quite a few guests out staying with TTH, so I was a similar ability to some of the others so was never particularly lonely. This was one of the great things about the camp/holiday that TTH run: there are plenty of coaches out on each session (bike/run) so the group can split down into different abilities, and each of those abilities will have a few coaches, so you never get left behind to cycle on your lonesome. They are however ridiculously tanned by this point in the season, making me somewhat jealous, and have cultivated the most outrageous legs so trying to beat them up hills was fruitless.

The roads are quiet and smoothly tarmacked, the views stunning, and the little coffee shops full of super cheap cake and espressos. Perfect. It was a little shock to the system coming home and cycling round Surrey and Hampshire….

HA! No way will you catch me doing that. I opted to stay in bed, watch from the beach or sun myself on the balcony instead.

‘The Residences’ where we stayed is stunning. Its a 5* resort, with luxurious apartments to stay in, several swimming pools if you’re that way inclined, full use of the adjacent hotel’s facilities including the spa – the only place I was to be found submersed in water. Each day the in-house chefs had cooked a delicious dinner and left it in the apartment, and stocked the cupboard and fridge for breakfasts and dinners. Swanky stuff. 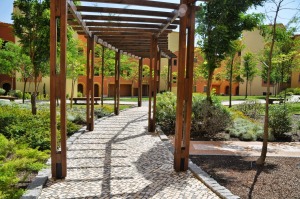 Overall we had a great time, and it feels SO GOOD getting moving again. We’re not fully there yet, but on the road to recovery.